A man accused of the robbery and sexual assault of a woman near the Jarvis Red Line station turned himself in to me Monday morning after Chicago police and the CTA distributed his picture to various media outlets. Milton Anderson, 26, appeared at my office at the urging of a community activist who recognized him in the photographs released earlier that day. 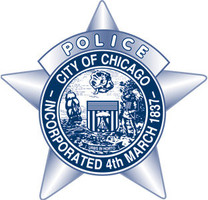 As I indicated in my community alert on Monday, a 25-year-old woman was robbed and sexually assaulted on the 1400 block of West Jarvis early Saturday morning by a man who followed her from the Jarvis Red Line station.

According to police, the man grabbed the woman from behind, displayed a handgun and forced her to a secluded area where he robbed and sexually assaulted her. The attack occurred at approximately 4:40 a.m.

After Anderson turned himself in, the victim positively identified him as her attacker.

He is due in bond court later today.

I am relieved that he is no longer on the streets and I’m extremely grateful for the work of the community activist who encouraged Anderson to turn himself in.

I will keep you posted as the case progresses.