The series airs every Wednesday at 9 p.m. on NBC 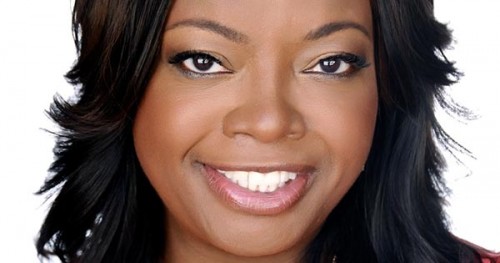 Nationwide (BlackNews.com) â€“Beginning Wednesday, famed African-American comedian, Alycia Cooper, will compete as a contestant on season 9 of NBCs Last Comic Standing, Executive Produced by Wanda Sykes and Page Hurwitz. Cooper, a Maryland native has been performing since the age of 5 at Howard Universitys Childrens Theatre, and continued acting throughout college as she played the role of Evilene in The University of MD College Parks production of The Wiz, directed by Mike Malone, Debbie Allens mentor.

For the past 15 years, Alycia has also been performing stand up comedy, and has appeared on such shows as Americas Got Talent, Stand Up in Stilettos, Stand Up & Deliver, Gotham Live, The Gossip Queens, Comics Unleashed, Comicview, We Got Next, and Whose Got Jokes, to name a few. Alycia then returned to her acting roots and has appeared in such television shows as: The Parkers, Grounded for Life, and was in the pilot episode of Raising Hope.

In 2015, Alycia co-starred in two feature films: 12 Angry Men and Women, and As Evil Does. She has opened for and ghost written for some of the biggest names in the business. In 2004, Essence Magazine showcased her as One to Watch, which she certainly is. Shes now entering major contests and taking home the gold.

Alycia is the current reigning champion of the prestigious comedy contest, The Ladies of Laughter (aka LOL) which took place in the comedy capitol of the world, New York City, beating out hundreds of contestants. From there, she booked more television shows, and was given regular spots at The World Famous Comedy Store because Pauly Shore, part owner of the club, was in the audience. She is now doing huge theater shows on the LOL comedy tour, which also includes colleges and universities.

The biggest benefit to being an entertainer to Alycia is being able to perform overseas for our men and women in uniform. She has been to Japan, Korea, Guam, Oman, Kuwait, Saudi Arabia, and Djibouti Africa. This gives her the opportunity to entertain and meet some of the most courageous Americans in the world.

Alycia Cooper is available immediately for radio and television interviews, to host your corporate event, headline a comedy show, be the guest entertainer at your private function, etc. Her website is: AlyciaCooper.com, and you can follow her on Facebook, Instagram and Twitter @AlyciaCooper, to stay connected.
For more details about Alycia Cooper, visit www.AlyciaCooper.com