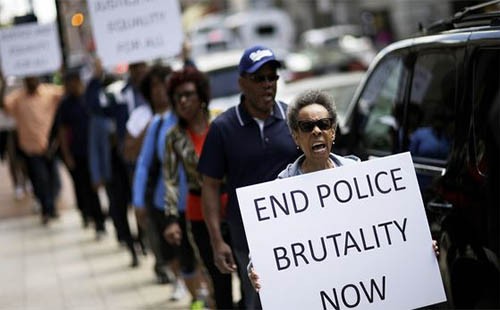 Nationwide (BlackNews.com) — The riots in Baltimore, Maryland are the results of an overfilled balloon that now gives us signs that it is about to burst. Long time injustice finally came to a head. Rage is only the smoke that came from the fire caused by Americas long term mistreatment of black youth. Preferential treatment for one race over another creates a reason to hate. If we can convince black America that the future will be equally just and fair to all races, racial dislikes will decrease.

Integration and School Prayer: When integration occurred and when prayer was taken out of school, many morals among black youth began to diminish. Integration was necessary, because God desires that all races learn how to co-exist and love each other. However, integration still managed to pass along old hateful ways of the past that we must figure out a way to rid. The theory of integration was good, but it has wound up being a building planned for 10 stories, but only completed up to the 5th floor. How can we make integration work, when integration placed white men as the head of every black household? When we integrated, white men were not forced to follow laws of the black community; rather, the black community had to change and raise their children under the laws made exclusively by white men for white youth. In segregation, the black family was in unity for morals and substance. The rules and expectations that we had toward each other worked. Since integration, we went from children striving for perfect attendance in school to losing the desire to go to school.

Before integration, black politicians, black pastors and black parents had the power to stop injustice within their own communities and among each other. Today, black youth feel that they cannot look up to black politicians, black pastors or black parents for protection from the injustice. Black youth eventually lost respect and pride for authority within their homes and their communities. They started to look toward each other for direction and a cure for what hurts. After integration, the superiority of whites over blacks became more obvious to black youth. Before integration, black youth were protected within their communities and were made to feel proud of their parents. White husbands were not made into lesser men by laws that made black fathers appear inferior in power to their children, their wives and to their communities.

The black child changed when prayer was taken out of school. Love for God is where all education began for black youth began. Prayer in school worked extremely well for black youth. Prayer reinforced the need for children to love and respect each other. Love for mother and not wanting to break her heart were more powerful than peer pressure or material things. What happened to the child after integration is that the lightning volt that went straight to the heart was taken away. Morning devotion and school prayer were educational needs in black schools. Religion connects with black youth. Many young people can do anything and it will not bother their conscience, if it does touch their heart. When we took God out of the daily routine at schools, black youth suffered the most. They began not feeling accountable for bad acts, because the realization never reached their hearts. When we touch a childs heart, we place a mirror in front of them and they see themselves for who they really are. If it doesnt reach the heart, it really doesnt matter.

Many black children succeed in mixed race educational systems, but some work best in nurturing majority black controlled systems, where black principals have free hands to create the perfect learning environment. No one knows how to get the best out of a black child like a black person. No one knows what makes a black child laugh or cry like a black person. We must always allow the choice for black children to be raised by people that know them best, black adults. We must do away with laws that work against black morals and respect for parents. Finally, we must allow the choice for every parent to place their child in schools offering devotion and prayer.

Attorney Roy Miller may be contacted at www.attorneyroymiller.com or by calling (478) 745-2402.