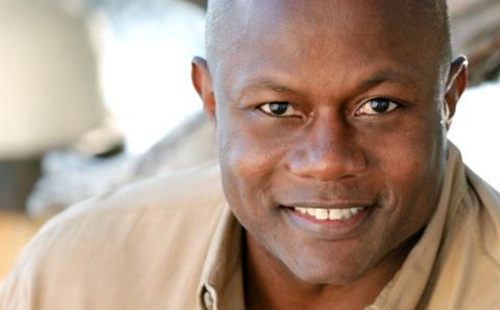 Oakland, CA (BlackNews.com) — theREGISTRYBayArea.com, the San Francisco Bay Area’s premiere online resource for African American arts, culture and lifestyle, has launched the micro-site “TechREGISTRYBayArea.com” in collaboration with The Bronze Report, an EMMY-award winning magazine-style television show about Blacks in the Bay Area and beyond. Focused on increasing the participation of Blacks in technology, TechREGISTRYBayArea.com is a comprehensive Northern California online resource for African-American technology event listings, individual and business profiles, news, market research, success stories, and organization and media resources.

The site will function as an information aggregator and connector, a Silicon Valley-based portal with the primary objective of addressing entrepreneurial, employment and educational diversity within the innovation economy, specifically through the growth in participation of African Americans, a greatly underrepresented minority. Increased access to influencers, venture capital decision makers and learning opportunities are also desired outcomes of this effort. In addition the site also seeks and will feature impact stories — highlighted content about people, companies and organizations involved in efforts to close the gap.

“There is room for African Americans in technology, whether they are entrepreneurs, executives, investors, students, employees or coders…to be more active and influential participants in the innovation economy. Recent corporate diversity reports clearly illustrate the significant underrepresentation of Blacks in the industry. We aim to help change that,” said Michael DeFlorimonte, editor of TechREGISTRYBayArea.com. “The opportunity, and more importantly, responsibility to increase diversity and inclusion should be a societal imperative, and touches at the core of our objectives, especially given TechREGISTRYBayAreas location and access. L.A. has Hollywood, New York has Wall Street, D.C. has The White House… and we sit in the heart of Silicon Valley, the global center of technology.

The Bronze Report produces original video content for its weekly television show and will plays a key role in the new micro-site, led by a team of seasoned Northern California Emmy-Award winning television professionals, executive producer/host Jan Mabry and veteran news anchor/host Barbara Rodgers. While the Bronze Report covers every aspect of the African-American community, segments on Blacks in technology are going to be a main staple of our show, and streamed for use on TechREGISTRYBayArea, said Mabry.

The Bronze Reports Special: Blacks in Technology debuted in Northern and Central California on Comcast Cable 104 in August, and is featured in the launch of TechREGISTRYBayArea.com. The show features Barbara Rodgers one-on-one interview with Reverend Jesse Jackson, Sr. during his trip earlier this year to Silicon Valley shareholders meetings to expose the lack of diversity. In another segment, host Jan Mabry explores the technology renaissance in Oakland, and asks, will blacks be part of it, or left behind, and also talks to Kumi Rauf, Oakland resident and founder of I Love Being Black, the worlds largest African American centric Facebook page with nearly 6.5 million followers.

TechREGISTRYBayArea.com was created by utilizing the resources of theREGISTRYBayArea.com, launched earlier this year, and its parent company MichaelD Communications, a Bay Area based marketing, communications and brand management firm. Original video content from The Bronze Report, relationships with venture capitalists and businesses, organizations and the community, and information from leading media and websites are leveraged to aggregate content for the new technology news and information micro-site.
About The Bronze Report
Finally, a show thats as smart as you are… the EMMY-Award winning show, The Bronze Report, spotlights current issues, trends, events, art, music and people in and beyond the Bay Areas vibrant African-American community. The Bronze Report answers the need for more television programming produced by African Americans for African Americans. Audiences of all walks of life appreciate and enjoy watching The Bronze Report because of the shows unwavering commitment to quality content, and superb production quality. For more information about host Barbara Rodgers and executive producer/host Jan Mabry, visit TheBronzeReport.com.

Trustradius Publishes Landmark Research On People Of Color In Tech