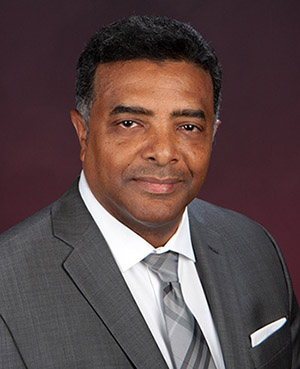 Nationwide (BlackNews.com) — Every few years U.S. Supreme revisits the issue of admitting African Americans and other under represented groups into college. This issue goes by many names, equal opportunity, affirmative action, diversity, inclusion, and most recently holistic admission. The U.S. Supreme Court has let stand the practice of colleges using many factors when reviewing the credentials of students applying for admission. These factors include, gender, geography, family income, disability, gender identity, LGBT, military status, language spoken at home and race just to name some of them.

However the only factor that ends up in a lawsuit when a white applicant is denied admission is race, more specifically, the race of an African American student that was admitted. I cannot think of any affirmative action lawsuits where a white applicant that was denied admission because the college admitted another student who was a military veteran, or gender identity, or disability.

No other population in America is so heavily burdened with the task of enjoying life, liberty, and the pursuit of happiness than African Americans. This historical burden stems all the way back to 1776, the birth of the nation when white colonist won their freedom from Great Britain, but denied freedom to their African slaves. In 1807 America abolished the international slave trade, however the institution of slavery continued in America for another 58 years. It took a Civil War, passage of the 13th amendment, and the assassination of a president to end slavery in America.
After passage of the 13th Amendment, the newly freed population, though free, could not read or write, had no schools, housing or healthcare. The great emancipator Abraham Lincoln established the Freedmens Bureau, the first federal government office with oversight of education, housing, employment and healthcare. These programs exist today as agencies in the executive branch of the federal government (The Departments of Education, Housing, Labor, Health and Human Services). Though first establish to help African Americans, these federal agencies now assist all Americans.

By 1876, reconstruction ended with the election of Rutherford B Hayes as president. Hayes granted former confederates the right to hold political offices in the south. In short order southern states began to turn back the clock on all of the equal opportunities afforded African Americans under reconstruction. Sounds familiar.
Here we go again!
One hundred years after President Lincoln issued the Emancipation Proclamation, President Kennedy sent his civil rights bill to the Congress. It took a civil rights movement and the assassination of a president to pass the Civil Rights Act of 1964. Sound familiar?
Here we go again!

In the Fisher v. the University of Texas Law School at Austin case, the Supreme Court will decide if race can continue to be one of many factors colleges can consider when reviewing student applications for admissions. Heres the rub. For centuries in America, the law made it unlawful for a whole race of people, African Americans, to go to school, to learn, to read, to write, add and subtract. Now once again the law will decide whether race is a factor for keeping African Americans from obtaining a college education.
Here we go again!

Professor Kevin L. Antoine, JD is the Legislative Director for the American Association for Access Equity and Diversity. He is the Assistant Vice President for Diversity & Inclusion/Professor of Health Law and Policy at the State University of New York Downstate Medical Center located in Brooklyn. Professor Antoine can be contacted by email at kevinantoine@icloud.com

NAACP: The Kavanaugh Nomination Must be Postponed