Skip to content
In light of the ordeal his family has been facing, Kashaka Olukayode and his wife, Sauda Olukayode, have put their frustrations to music via their newly released “Believe in Yourself” CD available on Amazon and iTunes 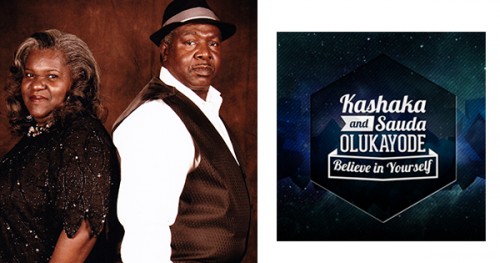 Baltimore, MD (BlackNews.com) — #BlackLivesMatter, it’s an understatement, or rather a statement that should be rhetorical by now in this Post-Civil-Rights-Movement era. However, incidents such as those involving Trayvon Martin, Mike Brown, Eric Garner, Sandra Bland, and adding to the tragedies, others including, Baltimores Freddie Gray, are proving to many African Americans that certain inalienable rights, can likely be violated.

Widespread and widely known cases of racial profiling and police brutality are calling attention to offending officers, meanwhile few have been subject to disciplinary action, an injustice that has been leaving victims, their families, and the community at large, unsatisfied. And while outrage had incited many to respond through various ways and means of protest, one family puts a different spin on peaceful protest.
“I am a family man. My wife and I have been married over 38 years. There are 13 people in my household. Not one is a convicted felon. Still, because we are black and have been living in Marylands more racially diverse neighborhoods, were all being stopped, questioned, and I would even say harassed, unnecessarily. We have our friends and speak openly to friends of all races. We see the pattern. We know the number of these instances are disproportionately higher for black people here in White Marsh,” says Kashaka Olukayode, resident of a town just outside of Baltimore.
Mr. Olukayode and his family have received well over 70 citations in the past few years, for both legitimate and superficial infractions. I might have been able to stomach all that, but when my granddaughter and a friend was rear-ended by a reckless driver in June, there was no investigation, at all. And that driver cause their vehicle to flip over and put them in grave danger. Her car was totaled. If the police insist on harassing and intimidating us, they should be just as zealous when we are the ones seeking justice.
Mr. Olukayode also explains how his Astro Van had been confiscated two days before Christmas in 2010 by Hartford County police, claiming an insurance violation. However, Mr. Olukayode said he had already produced evidence verifying that his insurance was, in actuality, in effect. And, perhaps the most shocking of all encounters happened during March of 2012. In a case of mistaken identity, his family was subjected to unlawful entry, as well as an illegal search and seizure. Mr. Olukayode shares, The police did not have a warrant, and we didnt even know the person they claimed to have been looking for. They (police) upset my family and destroyed our belongings. Now, what sense does that make?
In light of the ordeal his family has been facing, Kashaka Olukayode and his wife, Sauda Olukayode, have put their frustrations to music. They have taken their stage show to nursing homes, community centers, and weddings. We were all put on this earth for a reason and a purpose. Aside from our everyday jobs, we sing cover tunes and music from our “Believe in Yourself” CD, hoping to inspire folks in our community, reminding them each to stay encouraged, says Kashaka.
“It’s sad that police have my family on edge, feeling we have to look over our shoulders. We are not perfect, but we are good people,” says Kashaka. He continues, “And we are not hurting anybody else. We dont want any trouble. We just want to make it clear: Please don’t bother us. Were just trying to mind our own business and spread so much light and love in our community that the real bad guys stick out and become obvious.”
Available for sale online at Amazon.com and iTunes.com

For more information on Kashaka and Sauda Olukayode, and their live band performances, please visit their official website at www.kjsmusic.net and follow them on Twitter @kokjam43. Their inspirational CD, “Believe in Yourself” features 10 songs and is released by Tate Music Group, LLC.

Photo Caption: Kashaka and Sauda Olukayode and their “Believe in Yourself” CD cover