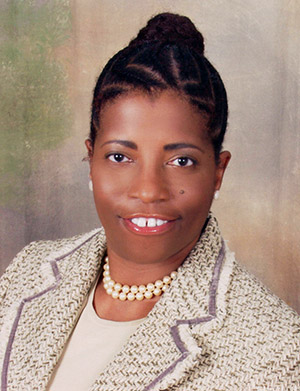 Memphis, TN (BlackNews.com) — Noma Anderson, PhD, dean of the College of Health Professions at the University of Tennessee Health Science Center (UTHSC), will receive the Honors of the Association Award from the American Speech-Language-Hearing Association (ASHA) during its convention in Denver, Colorado. She will be presented with the honor during an awards ceremony in November.The Honors of the Association is the highest award given by the ASHA and is a public recognition of distinguished and exceptional contributions to the field of speech, language and hearing.

Prior to her appointment at UTHSC in 2010, Dean Anderson was the immediate past chair and a professor in the Department of Communication Sciences and Disorders at Florida International University (FIU) in Miami. She was also dean of the School of Health Sciences at FIU for five years. Prior to that, Dean Anderson was a chair for 10 years and on the faculty for 16 years in the Department of Communication Sciences and Disorders at Howard University in Washington, D.C. Named a Fellow of ASHA in 1992, Dean Anderson was on the board of directors for ASHA from 1998-2000 as vice president for academic affairs, and again from 2006-2008, and served as president in 2007.

As Tennessees only public, statewide, academic health system, the mission of the University of Tennessee Health Science Center (UTHSC) is to bring the benefits of the health sciences to the achievement and maintenance of human health, with a focus on the citizens of Tennessee and the region, by pursuing an integrated program of education, research, clinical care, and public service. Offering aÂ broad range ofÂ postgraduate andÂ selected baccalaureateÂ training opportunities, the mainÂ UTHSC campus is located in Memphis and includes six colleges: Dentistry, Graduate Health Sciences, Health Professions, Medicine, Nursing and Pharmacy. UTHSC also educates and trains cohorts of medicine, pharmacy and/or health professions students — in addition to medical residents and fellows — at its majorÂ sites in Knoxville, Chattanooga and Nashville. Founded in 1911, during its more than 100 years, UT Health Science Center has educated and trained more than 57,000 health care professionals in academic settings and health care facilities across the state. For more information, visit www.uthsc.edu. Follow us on Facebook: facebook.com/uthsc, on Twitter: twitter.com/uthsc and on Instagram: instagram.com/uthsc.

Photo: Noma Anderson, PhD, dean of the College of Health Professions at the University of Tennessee Health Science Center, is the 2015 recipient of the Honors of the Association Award from the American Speech-Language-Hearing Association.