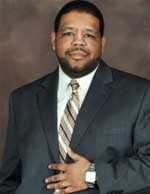 “The ‘T’ in TBANN stands for our company’s core operating values – timely, trusted and true news coverage,” says Runnels. “Timely, because we believe our readers deserve the latest news, trusted because we will only use trusted sources for our information and true because the truth is the most important element in every story.”

A major goal of TBANN is to connect its readers to the stories. With nearly a decade at one of the nation’s top news organizations (The Dallas Morning News) Runnels strongly believes he knows what it takes to deliver that connection. “You have to be committed to your audience and finely tuned into their world. Otherwise the connection is never made,” Runnels says.

TBANN also wants to connect stories and readers through social networking sites such as Facebook and Twitter. “These sites have a large number of African-American users that are heavily engaged with today’s top issues. Any business should be where their people are and the same goes for us at TBANN. We’re asking people to like us on Facebook and follow us on Twitter,” Runnels says.

In 2010, over 13.4 million African-Americans went online to get their news according to a Pew Research report on American journalism. TBANN plans to attract them by providing a news website that reflects their interests and concerns.

TBANN also has a mobile website that caters to smart phone users. TBANN mobile is a streamlined version of the main site designed to give the latest news to users on the go.

“Whether it’s at a desk or on the go, we want to make access to TBANN as easy as possible,” says Runnels.