The movie is produced by Our Stories Films and RLJ Company 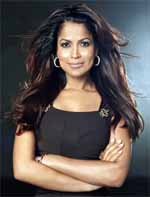 Los Angeles, CA (BlackNews.com) — Robert L. Johnson, chairman of The RLJ Companies, founder of Black Entertainment Television (BET), and founder and CEO of Our Stories Films, announced today the launch of their new film, Jumping the Broom, an inspirational and positive story of two very different families who meet for the first time at a weekend wedding in Martha’s Vineyard. Through multi-faceted storylines, the film explores the family dynamics of marriage and reminds us of the bonds that keep families strong.

“Tracey is the president and COO of Our Stories Films where she oversees the development and production of projects for urban audiences. She is very talented and has a strong creative vision,” says Robert L. Johnson. “I trust her direction in telling the memorable stories people want to see and know that audiences will truly enjoy this new film and will closely relate to the story,” he added. “We were also pleased to collaborate with Bishop T.D. Jakes who is very committed to supporting family oriented films,” Johnson concluded.

“We are excited to bring this romantic family comedy, featuring some of the top talent in the industry, to a nationwide audience,” says producer Tracey E. Edmonds. “The positive feedback on this very funny, emotional, and uplifting story has been exceptional. We are certain that the relationship and familial issues explored will resonate with all and hope that audiences everywhere will fall in love with this film as much as we did creating it,” Edmonds concluded.

First Black-Owned Cooking Network Launched By Chefs, Cooks, And Lifestyle Enthusiasts From Around The World