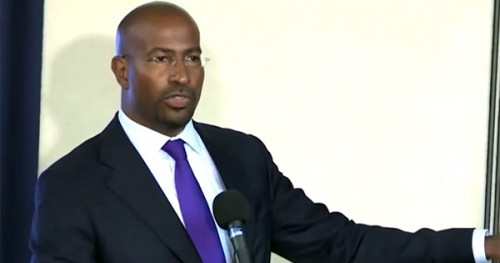 Fully 83 percent of African Americans back setting the first-ever limits on carbon pollution from coal- and gas-fired power plants under the Clean Power Plans standards, which the Environmental Protection Agency finalized in August, according to the poll released by Green For All and the Natural Resources Defense Council.
Further, a strong majority of African Americans believe that as the nation drives down dangerous carbon pollution it can drive up the use of clean, renewable wind and solar energy.

Most African Americans count on this shift to clean energy to also create new jobssix times the proportion that believes it will result in job losses. And 57 percent believe that expanding clean energy will reduce not raisetheir energy costs.

The African American community has been hard hit by injustice, from violence against young people to disproportionate environmental harms from pollution, so its no surprise the community wants action. Its time to hold polluters accountable and fight the pollution that causes climate change, said Adrianna Quintero, director of Partner Engagement at NRDC, who released the poll with Green For All in a telephone press conference joined by two African American leaders, a solar company executive in Washington, D.C. and a prominent Chicago minister.

Mark Davis, CEO of minority-owned WDC Solar, said: I am a Green For All Climate Champion, and renewable energy and energy efficiency are two pillars of our plan for low-income communities to lower the cost of energy, create green jobs for low-income residents, and improve the environment. The Clean Power Plan can accelerate an increase weve already seen in African American participation in clean energy and can enhance economic empowerment in low-income communities.

Rev. Stacey Edwards-Dunn, executive minister of community engagement and transformation for Chicagos Trinity United Church of Christ, said: Climate change not only imperils the natural wonders of Gods creation, it threatens to cause enormous human suffering. Worldwide, we are facing severe drought, famine, disease, and disasters as a result of our climate crisis. We have a moral obligation to do all we can to lessen its impacts on our children and future generations.

* 67 percent of African Americans say that action should be taken to reduce the threat of global warming.

* They want action on climate change more than adults generally. Only 3 percent of African Americans say concern about global warming is unwarranted, compared to 13 percent of all Americans.

African Americans strongly believe a shift to clean energy will be good for jobs and their energy bills:

* More than half, 57 percent, believe that shifting to cleaner energy will reduce their energy costs, and only 18 percent will increase those electricity bills.

The Natural Resources Defense Council (NRDC) is an international nonprofit environmental organization with more than 2 million members and online activists. Since 1970, our lawyers, scientists, and other environmental specialists have worked to protect the world’s natural resources, public health, and the environment. NRDC has offices in New York City, Washington, D.C., Los Angeles, San Francisco, Chicago, Livingston, Montana, and Beijing. Visit us at http://www.nrdc.org and follow us on Twitter @NRDC.
Green For All works to build an inclusive green economy strong enough to lift people out of poverty. Its goal is to make sure people of color have a place and a voice in the climate movement; that neighborhoods are strong, resilient, and healthy; and that as the clean energy economy grows, it brings jobs and opportunity to our communities. Visit us at www.greenforall.org