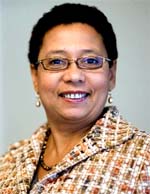 Dori J. Maynard, CEO and president of the Maynard Institute

Oakland, CA (BlackNews.com) — The Robert C. Maynard Institute for Journalism Education announced that it has received a $1.2 million, three-year grant from the W. K. Kellogg Foundation to launch the Maynard Media Center on Structural Racism (MMCSR). The MMCSR will encourage the media to provide comprehensive coverage of structural racism and its impact on American society.

“We want to thank the Kellogg Foundation for sponsoring this effort to improve media coverage of the barriers that people of color face today because of structural racism,” said Dori J. Maynard, CEO and president of the Maynard Institute. “Changing the way that the media cover people of color will have a tremendous impact on our society.”

Ms. Maynard said that one of the root causes of divisiveness across the country is that many people are unaware that structural racism continues to create barriers for people of color, contributing to the disparities in income, housing, education and health outcomes, as well as the different treatment that whites and people of color receive in the criminal justice system.

“The lack of comprehensive reporting on structural racism and its impacts is one of the reasons that so many Americans believe discrimination has been eradicated from our society or reduced to such a minimum level it is no longer important,” Ms. Maynard said. “These misconceptions are harmful to our nation. They make it more difficult to rally government, private and nonprofit resources to improve the social, health and economic conditions that many people don’t even realize still exist.”

Ms. Maynard said that misconceptions and stereotypes perpetuated by the media and entertainment industry “blur not only the actual state of economics, health, housing and criminal justice for people of color, but the very essence of their culture, their values and their humanity.”

The Maynard Institute is committed to helping the nation’s news media report fairly and accurately on all segments of American society, particularly communities of color. In its 33-year history, the Institute has trained thousands of journalists and media managers of color, including the national editor of the Washington Post, the editor of the Oakland Tribune and the only Latino to edit a major metropolitan newspaper. Today, Maynard programs are focusing on training the next generation of multicultural news leaders to meet the challenges of competing in the 24/7 multimedia environment that now exists.

The Institute’s innovative diversity model, the Fault Lines Framework, has been increasingly used across the country in news organizations, universities and the entertainment industry. Maynard’s website, www.mije.org, provides journalists and media managers with resources that help reporters, editors and producers better understand the communities they cover.

MMCSR adds a new dimension to the Institute’s offerings. It will sponsor programs that will include professional development sessions for reporters, editors and producers; training and recruitment of people of color for positions in new media and talk radio; workshops for news media executives; workshops with entertainment industry executives; an interactive website dedicated to coverage and analysis of structural racism; and a new wire service that will produce and distribute enterprise and investigative print and broadcast stories on structural racism in our society and the people affected by it.

Ms. Maynard said she has recruited a talented group of professionals to shape and implement MMCSR programs, including Michael K. Frisby, President of Frisby & Associates public relations and a former White House Correspondent for the Wall Street Journal; Gregory L. Moore, Editor of the Denver Post; Sally Lehrman, Knight-Ridder/San Jose Mercury News Endowed Chair for Journalism at Santa Clara University; Kenneth J. Cooper, a Pulitzer Prize winner and former National Editor of the Boston Globe; Renee Warren, President of Arielle-Wren public relations and a former producer at CNBC; and Evelyn Hsu, Director of Programs at the Maynard Institute and a former reporter at the Washington Post.

“The MMSCR will make a difference,” Ms. Maynard said. “We are pleased that the Kellogg Foundation is supporting our work.” Established in 1930, the W.K. Kellogg Foundation supports children, families and communities as they strengthen and create conditions that propel vulnerable children to achieve success as individuals and as contributors to the larger community and society. Grants are concentrated in the United States, Latin America and the Caribbean, and southern Africa.

The Kellogg Foundation recently launched a five-year, $75 million initiative â€“ America Healing â€“ that aims to improve life outcomes for vulnerable children and their families by promoting racial healing and eliminating barriers to opportunities. The Foundation said that improving coverage of the impact of structural racism is one of the objectives of their initiative. For further information, please visit the Foundation’s website at www.wkkf.org