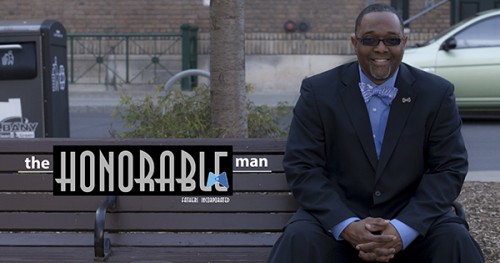 Atlanta, GA (BlackNews.com) — Current trends are showing that black fathers in America are spending more time day-to-day with their children than any other segment of the population. While no one thing can take credit for the shift in behavior or exposing more clarity on existing behavior, the news is something to be recognized and be celebrated.

This year marks the 20th anniversary of the historic Million Man March of October 1995. Its a perfect occasion to highlight the positive trends of black fathers. What better partnership to have than one with one of the most respected fraternities in the country; Omega Psi Phi, says Kenneth Braswell, Executive Director of Fathers Incorporated. The momentum is building for our Honorable Man campaign. In just a few short weeks the campaign has signed black fathers from more than 86 U.S. cities.

Omega Psi Phi represents over 750 undergraduate and graduate chapters, both nationally and internationally. Formed in 1911, the fraternity has built its foundation on its cardinal principles of manhood, scholarship, perseverance, and uplift. The Men of Omega firmly believe that the family nor the community will ever be complete without the contribution of the father or a Black male father figure. The lives of those in our communities will be better when our young Black Men are given the chance to live to their full potential and contribute their talents and skills to society. We are committed to help make this happen, says Antonio F. Knox Sr., Grand Basileus, Omega Psi Phi Fraternity, Inc.

Up until the march, the Atlanta based not-for-profit and its partners will encourage at least 20,000 black fathers across the nation to sign the HONORABLE man pledge on its website (www.millionblackfathers.com) in order to represent the new 21st Century dad at the October 10th, twentieth anniversary celebration of the Justice or Else Million Man March in Washington, DC.

As a member of the Talented Tenth we have a duty to be actively involved in working with our fathers through highlighting the importance of their being involved in the lives of their children. As we face these most difficult times the family structure with the father present provides a strong support element to insure survival. We are committed to working to this end in every possible way, continues, Robert W. Fairchild, Chair, Omega Psi Phi Fraternity Fatherhood and Mentoring Initiative Activities include a comprehensive social media campaign in order to generate conversation around the principles of the HONORABLE man, word of the week, video of the week and contest challenges to sign up fathers to take the pledge. The hashtag #honorableman will be used to capture the excitement created by the effort.

About Fathers Incorporated
Fathers Incorporated is a 501(c)3 not-for-profit (S) corporation and is dedicated to strengthening the community and family infrastructure by encouraging and enabling the positive involvement of fathers in the lives of their children.

About Omega Psi Phi Fraternity Incorporated
Since its founding in 1911, Omega Psi Phi’s stated purpose has been to attract and build a strong and effective force of men dedicated to its cardinal principles of manhood, scholarship, perseverance, and uplift. Over 100,000 men have been initiated into Omega Psi Phi Fraternity throughout the United States, Bermuda, Bahamas, Canada, Ghana, Virgin Islands, South Korea, Japan, Liberia, Germany, and Kuwait.