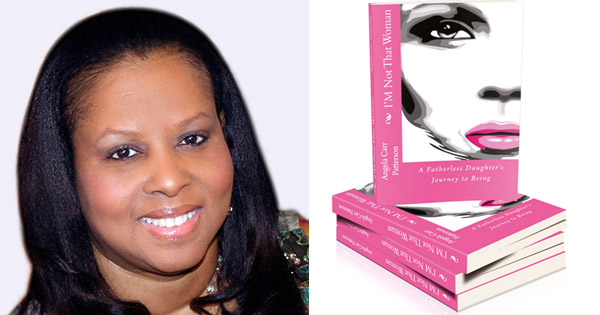 Angela Patterson, founder of the Fatherless Daughters Network, and her new book

Nationwide (BlackNews.com) — The Fatherless Daughters Network is celebrating dads everywhere, especially since Father’s Day is during the month of June. On this occasion every year, children look for the perfect card and gift to give to that special man they call “father.”

But there is another group of children who do not celebrate this day. Not because they don’t want to, but because they have not had a reason to. These are the millions of fatherless daughter women who are without their fathers.

Everyone has a biological father, but when the term “fatherless” is used, it means that the father figure is just not present in the daughter’s life.

He could be unavailable, unattached or absent due to separation, divorce, abandonment or even death. Perhaps he lacked the skills needed to bond with his daughter. Or just maybe he was not allowed to be there for his daughter by her mom or some other person. In some instances, the dad was physically present but was not emotionally attentive and caring towards his daughter.

Whatever the reason, there are countless women out there who are feeling the negative effects of fatherlessness in their current lives.

Studies have shown that females who had an unstable father figure are more liable to have unplanned pregnancy, low-self esteem, high school and college drop-out, poverty, divorce and sexually promiscuous behavior.

Many women are living out the patterns of fatherlessness and dont even recognize it. Because its a hidden, muted, unrecognizable pain that tends to show up in their relationships with love and money.

She adds, “Females receive their identity from their paternal relationships and if that relationship is hindered or flawed in any way, the negative consequences in her life can be many. But I believe we can change this tragic story through the power of love, acceptance and forgiveness.”

As founder of The Fatherless Daughters Network, a platform dedicated to elevating the awareness that fatherlessness has on a female’s life and providing resources to help decrease its long term impact, she is committed to the task of helping women heal and rewrite a new narrative for their lives.

With her global community of Certified Fatherless Daughter Advocates we are dedicated to helping women and girls to redefine who they are beyond their fatherlessness, reclaim their value and worth by actualizing the power of self love to unleash their greatest potential to shine.

Their goal and aim is never to criticize or ridicule fathers because they recognize they have their own stories. “If we spend our time blaming,” Angela says. “We create a new problem trying to solve the main problem.”