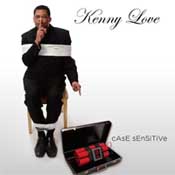 The aforementioned “cAsE sEnSiTiVe” compilation release that featured ten modern Jazz selections garnered a number of respectable compliments from the music industry, deejays, and fans alike, of which can be viewed at www.kennylovejazz.com/Comments.html

Likewise, the compilation spurned an ongoing dance floor hit appropriately titled “Let’s Dance!” which is available for review at www.youtube.com/watch?v=VTuaVvzE9M0M

Airplay Direct member radio station personnel, disc jockeys, and deejays may also download both a radio edit version and a longer dance floor version of “Chance,” as well as download both versions of the “Let’s Dance!” single at www.airplaydirect.com/music/KennyLove

About Dr. Kenneth Love
Dr. Kenneth Love began his studio recording career in 1982 after having served four years in the military. He produced and released several singles independently during an eight-year period (1982-1990) before spending the following twenty years (1990-2010) representing other independent musicians and recording artists as an international radio/video promoter and media publicist. He retired from promotion and publicity in 2010 to return to his musical artistry. Dr. Kenneth Love holds a Bachelor of Arts degree in Music Education, a Master of Business Administration degree in Business Marketing, and a Ph.D./Doctorate degree in Business Marketing. For more details and information, please visit his website at www.kennylovejazz.com