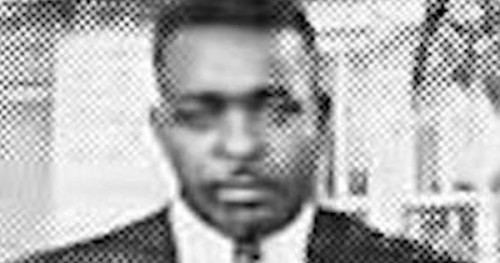 Nationwide (BlackNews.com) â€“ Elbert Williams, the first known NAACP official killed for his civil rights activities, will be honored on the 75th anniversary of his death at a special memorial service on June 20, 2015. The service will be held at 9:00 am at the Haywood County High School gymnasium in Brownsville, Tennessee, featuring NAACP President Cornell William Brooks as principal speaker. The memorial service will include video remarks by the renowned Reverend Clay Evans, co-founder of Operation Push, and by legendary civil rights leader, Congressman John Lewis (D Georgia).

The activities honoring Mr. Williams will include the unveiling of a state historical marker at 11:00 am in downtown Brownsville. The concluding event will be a brief 1:00 pm service at Taylor Cemetery, where he is buried. All events are free, and the public is invited.

Mr. Williams was murdered in Brownsville, Tennessee on June 20, 1940. Local authorities ordered an immediate burial without a post mortem or a determination of the cause of death. There was neither a funeral nor the presence of his family at his burial.

Elbert Williams and his wife, Annie, became charter members of the Brownsville NAACP Branch, formed in 1939, to regain the vote which had been denied to African Americans for decades. In 1940 a white terror campaign to destroy the Branch by kidnapping its leaders and expelling them from the county was led by local police. On June 20, 1940, Mr. Williams was overheard planning an NAACP Branch meeting to be held in his home. This plan was reported to police who that night kidnapped him from his home. His corpse was found three days later in the nearby Hatchie River. His widow identified his body and saw what looked like two bullet holes in his chest.

The US Department of Justice initially ordered the case presented to a federal grand jury, but mysteriously reversed itself and closed the case in early 1942. Thurgood Marshall, then special counsel to the NAACP, gathered evidence in Brownsville and became a lifelong critic of the Justice Departments failure to prosecute Mr. Williams assailants. In December of 1942, the United States entered World War II, and the memory of Elbert Williams was lost to time. The memorial service will restore the historical memory of one of the many unsung heroes of the quest for human and civil rights.