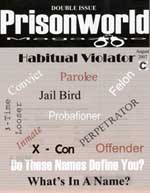 Nationwide (BlackNews.com) — Dawah International, LLC, a multimedia company, is expanding its reach into television and is looking to cast for a docu-style series or documentary to help fight recidivism by helping newly released inmates find resolve with their families. The addition of the new project adds another branch of the company and forges it towards its goal of being established in all forms of media. There is no other form of media that reaches the masses like television. The project is in its earliest stages and is being nurtured for this particular platform by owners, Rufus and Jenny Triplett.

“We are very excited about this opportunity. This comes at a very good time and place in our lives. Sometimes you put your heart and soul into everything and wonder if itâ€™s worth it. Over the past five years we have motivated, educated and inspired thousands of inmates in order to help them better their lives. We have been contacted out of the blue by some very influential people. No, Oprah did not call…but Hollywood did. This can be a great platform and provide lots of healing. Black families are being destroyed by incarceration. Prisons are a business and black men and now even moreso women are the commodity,” says Jenny.

Currently under the multimedia umbrella and sporting the Prisonworld brand is Prisonworld Magazine, an international magazine for inmates, their families, lawyers, activists and organizations alike, Prisonworld Records, a record label that prides itself on collaboration projects that devotes funds to those who have not only been falsely accused but also wrongfully convicted, Prisonworld Radio Hour, a weekly radio show formerly LIVE but now heard in Podcast format in several forums, Prisonworld Blogtalk, an interactive blog that invites you to “free your mind” with varying topics and inmate opinions and Future Entrepreneur Network, a forum that helps educate and empower inmates to start their own businesses.

Rufus comments, “I am such a behind the scenes kind of guy but I give great advice. Although I have never been to prison, I have several family members who have and know what it takes to heal wounds. The saying is that time heals all wounds but it takes more than time. Communication is hard. Forgiveness is hard. Understanding is hard. All of these things are required for resolve and it can happen. Both my wife and I grew up in two-parent households. No one went to prison but yet there was a level of dysfunction. Incarceration only adds to the destruction of the family structure.”

Recidivism is on the rise and the current state of the economy does not help. The cold hard statistic states that every 2 out of 3 inmates who are released return to prison within three years. The CASTING CALL for Prisonworld is looking for inmates who are about to be released but CANNOT go home – for reasons of family conflict with parents, children, spouses, etc. The inmate can be male or female. The story must be true and serious. Inmates can send his/her story to: Prisonworld, PO Box 380, Powder Springs, GA, 30127. Friends and family can send an email with their story.

Rufus and Jenny Triplett are co-Editors-in-Chief of Prisonworld Magazine, which is published by Dawah International, LLC, a multimedia company. The magazine is printed on a bi-monthly basis and has a yearly readership of 350,000. They are co-hosts and co-producers of the weekly radio show the Prisonworld Radio Hour. Jenny is a requested speaker for correctional facilities, non-profit organizations, schools, radio and TV shows and print magazines. Rufus is a member of the group, Likely Suspect, which provides acapella entertainment for the speaking presentations.