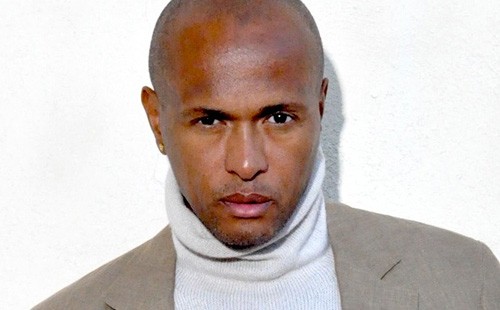 Castings in Atlanta and Washington, D.C. Set for April and May

Harris was a vibrant and expressive voice of a 21st generation that sought to demystify bisexuality, AIDS and other social mores that were not addressed in traditional artistic formats. In his book, Invisible Life, E. Lynn Harris coined the phrase “on the down-low.” This commitment represents not only years of work but a huge leap of faith! Proteus risked personal financial security to invest in the preservation and oversight of these prized literary works so he could personally see that their artistic and commercial interpretations were honoring the author’s intentions. In 2010, the Los Angeles Times listed E. Lynn Harris Invisible Life as one of the top 20 “classic works of gay literature” ever written.

A journey that has spanned two decades of friendship and professional collaboration between Harris and Spann has resulted in the launch of several entertainment properties that are centered around the iconic author’s literary works. Mr. Spann and his company Proteus E2 Productions owns Harris’ catalog of Intellectual Property rights and his first offering is a staged production of INVISIBLE LIFE: THE MUSICAL on which he has brought together some of the top creative talent in theatricals including a musical score by Motown legends Ashford and Simpson.

Learn more about the musical at www.InvisibleLifeTheMusical.com
DETAILS ABOUT THE MUSICAL:

Raymond, a college football player, dreams of a future as a lawyer and family man with his childhood sweetheart Sela, but is seduced into a “Down-Low romance” by star Quarterback, Basil Henderson. Pressured by his father to continue his NFL legacy, Raymond escapes to NYC and falls madly in love with a Broadway Diva, Nicole. Raymond’s scandal-reunion with Basil, and fashionista best friends Kyle and JJ, threatens his Perfect World and forces Raymond to

Written and Directed by Proteus Spann and Javon Johnson. Mr. Spann conceived and developed INVISIBLE LIFE (THE MUSICAL) and is the sole owner of the Intellectual Property rights to the catalogue of the late (12 times) New York Times best-selling author E. Lynn Harris. Spann is a Syracuse University graduate and former Hollywood Casting Director. Spann produced the critically acclaimed musical Sanctified written by Javon Johnson at the Lincoln Theatre in Washington DC 2010.

Javon Johnson was awarded the Kennedy Center Lorraine Hansberry Award, the New Professional Theatre Playwriting Award, a Sundance Theatre Laboratory participant and Eugene O’Neil National Playwrights fellowship. Johnson’s play, “Hambone,” at the Victory Gardens Theatre during their Tony Award Winning season was nominated for a Joseph Jefferson Award. Johnson is a Broadway actor, a gifted playwright and protÃ©gÃ© of the late great August Wilson. In a Q&A with August Wilson and Javon Johnson, moderated by Ralph Wiley, August Wilson was asked what influenced his early writing in the 60s and the honored playwright said, “Black life in all its richness and fullness without sentimentality, an honesty I hadn’t seen expressed before. You can do that, I thought.” Without a doubt, Javon Johnson honors his mentor’s influence in the new work Invisible Life, co-written and co-directed with Proteus Spann.

Music & Lyrics by Motown Legends and Grammy award winning artists Nick Ashford and Valerie Simpson. The original score for INVISIBLE LIFE was one of the last projects the pop-soul singing couple completed together. Their extraordinary talents as writers, producers and vocalists are already receiving acclaim from those who have heard the compositions. “This is a story that needs to be brought to the masses; a very important one,” said Valerie Simpson.

Executive Producer: Reginald Van Lee is an Executive Vice President at Booz Allen Hamilton. He is a founding member of the Clinton Global Initiative, appointed by President Obama to the Presidents Committee on the Arts and the Humanities and the Kennedy Center For The Performing Arts Board of Trustees. Mr. Van Lee is the Treasurer of the MAC AIDS Fund Board and Chairman of the Board of the Washington Performing Arts Society. Mr. Van Lee has been recognized as one of New Yorks Finest Philanthropists, recipient of the Percy E. Sutton Civic Leadership Award from the Apollo Theater Foundation and Consulting Magazines Top 25 consultants in the world.

Proteus E2 Productions is a Film, Television and Theater production company based in NYC/LA. Proteus Spann founded the company to exploit his Ownership of the Intellectual Property Rights Catalog of (16) Books written by the late great E. LYNN HARRIS, which generated over 100 million in Publishing Revenues for Random House.

Proteus Spann has developed and co-written with Javon Johnson and Ted Witcher (LOVE JONES) the Feature Film Script for INVISIBLE LIFE (THE MOVIE).