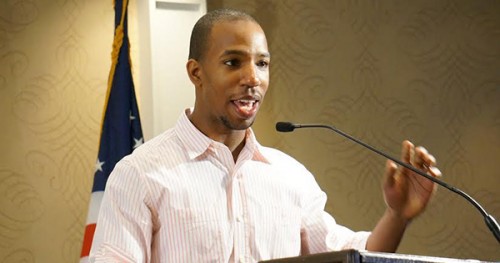 Nationwide – 23-year-old entrepreneur Shareef Abdul-Malik of Washington, DC believes in doing for self. Thats why he created WeBuyBlack.com, an online marketplace for black-owned businesses and sellers.
It allows small black-owned businesses to grow by being exposed to an international market; its the largest online marketplace for black-owned businesses and sellers, says Abdul-Malik. “These black-owned businesses may hire and create employment opportunities for those in our local communities.”
The website launched last year on June 19th, celebrating the 150 year anniversary of Juneteenth. Since its launch, the site has over 2,000 registered businesses and sellers; more than 4,500 products uploaded and have reached 500,000 page views.
In December, the site garnered over 105,000 page views, according to Abdul-Malik. There is no fee to upload a product to the site.
Abdul-Malik, who is a Howard University graduate, says hed been inspired by institutions such as the Black Wall Street of Tulsa, Oklahoma that served the needs of the black community.
This is a long term result after inspirational institutions such as the Black Wall Street which was burned down, ridding hope of family and community survival, financial independence, and the collective motivation to build for our next generation’s well-being, says Abdul-Malik.
I didn’t come up with the idea of WeBuyBlack.com, I manifested the idea. I researched the needs in our community and the solution came to me by the words of ‘Do-for-self’ – A concept I have been raised upon.
Starting Feb. 1, the company will launch its largest campaign to circulate $100,000,000 on the website through Feb. 1, 2017. African-Americans have a current buying power of $1 trillion which is forecasted to reach $1.3 trillion by year 2017, according to a report published by www.nielsen.com
The vendors asked for a more comprehensive platform that would allow for them to fully commit and launch their shops on the site, added Abdul-Malik.
In response to this, WeBuyBlack.com hired a black owned engineering firm to reconfigure the website, adding features that will allow the black community to fully circulate its dollar within its own community.
For example, the site will allow non-profit organizations to apply for a referral code. This code may be distributed to their congregations and supporters. When their supporters purchase from the site, they can enter that referral code and the organization will receive up to one percent of every purchase.
Individuals may also apply for a referral code. They are then able to sign up businesses and receive up to one percent of the businesses’ sales, he said. The beauty is vendors will always receive their full commission and will lose absolutely nothing by allowing someone to sign them up.”
In addition to the referral system code, the site will allow customers to subscribe and receive their product on schedule, without having to reorder. Businesses who already sell subscription plans will now be able to incorporate their business on the site, according to website staff.
When I first learned of WeBuyBlack.com, I was thrilled to see that something like this was being done. I signed on as a vendor thinking it would be another way to showcase products; to my surprise and delight things have gone very well quickly, said Angela Williams, 37, of Kentucky, who started Forever Regal, a website offering a wide range of products imported or inspired by Africa.
The customer responses have been amazing, she said, The team at WeBuyBlack.com have been supportive beyond my expectation.
The site has attracted black-owned businesses from many parts of the world such as the United Kingdom, Nigeria, Australia, Kenya, and Canada.
Phoebe Mwanza, owner of The Prodigal Daughter, an Australian clothing and accessories label, said her company is proud to be part of WeBuyBlack.com.
WeBuyBlack.com is an important platform for those that want to support black-owned businesses like ours and for young businesses that would otherwise not have similar opportunities, said Mwanza.
For more information about the site, visit www.WeBuyBlack.com or connect through social media at:
Instagram – www.instagram.com/webuyblack/
Facebook – www.facebook.com/webuyblackcom
Twitter – www.twitter.com/webuyblackcomPhoto Caption: Shareef Abdul-Malik, founder and creator of WeBuyBlack.com[/caption]