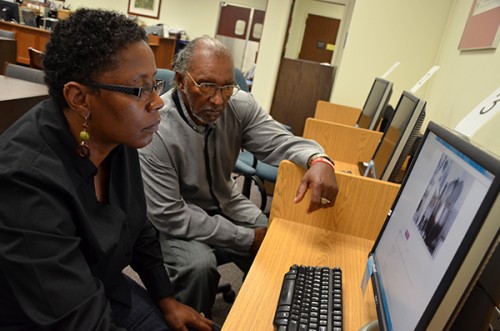 Kentwood, LA (BlackNews.com) — Peonage Researcher and Peonage Detective Antoinette Harrell has spent the past five years researching peonage that took place at the infamous Arthur G. Dozier Reform School in Marianna, searching for a lead that could confirm that peonage practices took place in the state operated school campus.

The Florida School for Boys, also known as the Arthur G. Dozier for Boys was a reform school operated by the state of Florida in the panhandle town of Marianna, from January 1, 1900, to June 30, 2011. According the Harrell’s peonage research, the average daily population by month showed that there were more black boys at the school than white boys. The school remained segregated until 1967.

Between the years 1903 and 1913, six legislative investigative committees were formed to investigate the school and found that children as young as five years were shackled with irons and chains, children were hired out for labor and unjustly beatings. In the early years of the school the boys were hired out to work along with the State of Florida convicts and forced to work with hardened criminals.

They were hired out to pick cotton on surrounding farms. In 1906, the school built a brick-making machine, which could produce 20,000 bricks per day. The students made enough bricks to sell to the residents of Marianna. Other produce and lumber was sold to people throughout the Marianna community.

The school’s sawmill was capable of turning out 5,000 feet of lumber a day. The lumber will be used in minor construction and repairs at the school, as quoted by Mr. Mitchell in the 1957 Yellow Jacket newspaper. I saw the trucks coming in and out to pick the lumber. We stacked the lumber on the trucks and they left, said Gaddy. Harrell asked Johnny Lee Gaddy a former student at the school in 1957, if he knew the names of the trucking companies, he told Harrell that he did not know the names.

At the age of twelve, Gaddy was driving a tractor with logs to the sawmill. He stated that black boys as young as six and seven years old were cutting heavy lumber such as 2×4 and so forth. Once the boys cut the logs, Gaddy would haul the log to the sawmill for the black boys to cut into lumber. Gaddy saw the trucks and trailers coming in to pick up the lumber once it was processed.

Harrell interviewed Robert Straley, a 70 year old white male who was sent to the reform school in 1963 at the age of thirteen, he was and release in 1964. Straley informed Harrell that he worked in the hospital as a hospital boy. He said he considers himself lucky to get the job considering he wasnt working in the sun doing all labor work with concrete, brick and mortal work, and carpentry. I helped the doctor with take stool and urine samples, the nurse would give me the needle over the counter and I would give the white boys shots, said Straley.

The black boys did the most of the farm work said, said Straley. Most of the white boys had access to hospital jobs, carpentry, auto repair, paint shops, and electronic.

Harrell hopes that Sen. Darryl Rouson, D-St. Petersburg and Rep. Tracy Davis, D-Jacksonville reviews the records that indicate the amount of money that was made off the sweat and labor of the boys. During the operation of the reform school millions of dollars were made from the livestock that the boys raised and slaughtered, sugar cane cut and process to make cane syrup, timber they cut and processed into lumber, agricultural they planted and harvest.

Harrell will write a letter to Sen. Darryl Rouson and Rep Tracy Davis asking them to review the annual financial records of the produce, livestock, timber, and poultry, dairy of the school before any compensation agreement is made.

Rouson will sponsor a bill to give money to more than 400 black and white men who are now seniors, who said they were beaten and sexually abused. Several black men had stated that were used as modern day slaves at the infamous Arthur G. Dozier for boys. Rep Tracy Davis, D-Jacksonville, will be the House sponsor.

All annual financial reports and statements should be analyzed and taken into consideration before a settlement decision can be reached, said Harrell.

Harrell can be reached at 504-858-4658 or by email at peonagedetective@gmail.com

The opinions expressed in this article are those of the author and not of CopyLine Magazine.