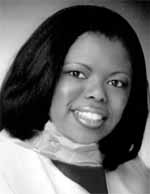 Hollywood, CA (BlackNews.com) — Never Say Never and Biebermania are two documentary films that are shining examples of what is now considered “the new urban.” Ten years ago, Justin Bieber would have widely been considered pop by industry standards, but this is a different day and the way genres are defined have changed. Many artist blur the lines; Akon, Rihanna, Taio Cruz, Nicki Minaj, Drake, etc.

Sherry Harris, executive producer, of the documentary feature Biebermania, says that Usher is the main reason for Bieber’s urban appeal. She comments, “Bieber’s music, although very popcorn, has its influence in urban – he’s teamed with Ludacris on his biggest hit, he’s working with Kanye West and has a song with Chris Brown.”

“He was a kid in Canada who loved black music, when Usher signed him. A lot of things took place; they shaped him in a way where he would have some flavor. He was given dance lessons and was assigned a swagger coach, who worked on his style,” she adds. “Bieber is surrounded by the best talent in urban music, his label home Def Jam has a roster loaded with talent; Neyo, Rihanna, Jay Z, Kanye West to name a few.”

“The interesting mesh of musical genres by Usher is one of the main storylines in the documentary film Biebermania,” says director Thomas Gibson of Lapdog Entertainment (www.lapdogentertainment.com). “The primary focus of Never Say Never primary focus is on Bieber’s personal life with tons of home grown videos shot by his mother and Justin Bieber. Biebermania delves into how Bieber has changed the musical landscape and created a new formula for success if you aspire to be a singer in the new millennium.”

Gibson, who directed the Showtime documentary Kiss and Tail: The Hollywood Jump-off, was approached by producer Sherry Harris to direct the film. “I thought with his knowledge of the industry and his strength at story telling he would be a good fit for the project,” says Harris.

Biebermania, released in the United States on May 17th, is also being distributed in France, Spain, Brazil, Mexico, Portugal, Australia and Great Britain.

Harris comments, “Although at its core you could consider Biebermania a kid’s story – it’s still entertaining for adults from all walks of life.” Currently, Harris is in post-production on her next feature on the life of singer Rihanna.