Every young adult a millionaire! 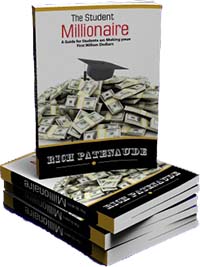 New York, NY (BlackNews.com) — â€œThis Christmas season, give the gift that lasts a lifetime,â€ says Rich Patenaude. â€œGive a young adult you know the recipe to become a millionaire.

â€œOur motto is ‘Every Young Adult a Millionaire’,â€ says Patenaude. â€œWe just need to show our young people the way.â€

Mr. Patenaude is available for interviews and appearances and can be reached at 240-731-5900.

About Rich Patenaude
Rich Patenaude started his career as a New Hampshire State Legislator at the age of 24. During his second term in the New Hampshire House of Representatives, Mr. Patenaude joined The Carter Presidential Campaign. After a successful campaign tour of 13 Congressional Districts in seven states, Mr. Patenaude was appointed to the Department of State in the Carter Administration. Following his tenure as Co-Publisher of American Politics Magazine, Mr. Patenaude joined the Corporation for Public Broadcasting (CPB) and subsequently the Public Broadcasting System (PBS) upon successful completion of his MBA. In 2012, Mr. Patenaude retired from the World Bank in Washington. D.C.