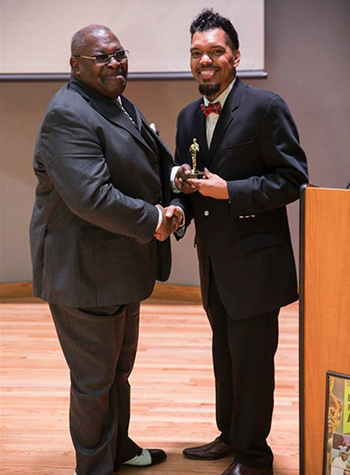 Virginia, Beach, VA (BlackNews.com) – Stu Gardner is the award-winning songwriter and composer of the theme songs for several popular television shows and films including “Point Break”, “The Cosby Show”, “Living Single”, and “A Different World”. To help others become professional songwriters and get their music on TV, he has announced the first annual I Write Music For Television Music Conference to take place on January 28, 2017 in Virginia Beach, Virginia. The master class will be taught by Mr. Gardner himself!

All aspiring songwriters, producers, singers, recording artists, and entertainers are invited to attend the event, which will feature special presentations, community engagement efforts, and also an opportunity to learn more about the mission and goals of Mr. Gardner’s non-profit organization, The Stu Gardner Institute.

The Stu Gardner Institute provides financial, motivational and inspirational incentives to students, particularly from low-income households. Each year, thousands of dollars in scholarship funds provide educational opportunities for middle school, high school and college students. Gardner founded the institute in 1989 to raise the educational consciousness of youth in middle and high schools and provide scholarships for them to attend college.

The I Write Music For Television Music Conference event will be held on Saturday, January 28, 2017 from 3pm to 5pm at Meyera Oberndorf Auditorium, 4100 Virginia Beach Blvd., Virginia Beach, VA 23452. For more details on how to register, visit www.iwritemusicfortvmusicconference.com