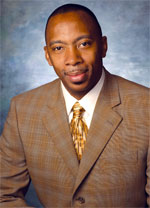 Atlanta, GA (BlackNews.com) — Dr. Calvin Mackie, motivational speaker, bestselling author, entrepreneur, and engineer, was honored with the 2013 Bennie Award in Achievement during “A Candle in the Dark” Gala, February 16th, as part of the annual Founder’s Week celebration at Morehouse College.

His work ethic and service have earned him countless awards. But receiving the Bennie Award in Achievement from the college that gave him his first chance is truly a remarkable honor.

During the Founders Week celebration, alumni and supporters gathered for the “A Candle in the Dark” Gala. This black-tie event displayed the talents of Morehouse students, showcased the college’s tradition of building leaders, and celebrated nationally-acclaimed African Americans who are pioneers within their industries. Dr. Mackie was one of three alumni who received Bennie Awards, which are named after Dr. Benjamin E. Mays, Morehouse’s president from 1940 to 1967.

“I am surprised, honored, and humbled by this recognition,” says Dr. Mackie. “To all my family, friends, teachers, educators, and mentors, thank you for your enduring support that you’ve provided throughout my life. My days as a student at Morehouse College were instrumental in building the foundation for who I am today. There is no better feeling than being recognized for living up to the high expectations that Morehouse helped me establish.”

The author of A View from the Roof (Acanthus Publishing, 2005) and Grandma’s Hands (Acanthus Publishing, 2012), Dr. Mackie has won numerous awards. In addition to the 2003 Presidential Award for Excellence in Science, Mathematics, and Engineering Mentoring, he has received the 2002 Black Engineer of the Year Award for College Level Educator, the 2002 New Orleans Data News Weekly Trailblazer Award, and the Pi Tau Sigma/ASME Excellence in Teaching Award in Mechanical Engineering for 2000 and 2002.

On Friday, February 15, 2013, he also received the coveted Legacy Award from the United Negro College Fund for his long-standing record of encouraging students to realize their full potential.

About Dr. Calvin Mackie
Dr. Calvin Mackie is an award-winning engineer, internationally-renowned motivational speaker, successful entrepreneur, author, and arbiter of social change. He is a recognized and respected authority on business decision-making and ethics, leadership, educational excellence, and mentorship. He has won numerous awards, including the 2003 Presidential Award for Excellence in Science, Mathematics and Engineering Mentoring, which he received at the White House.

His first, best-selling book, A View from the Roof – Lessons for Life & Business (Acanthus Publishing, 2005) offers life lessons that empowered him to reach his dreams without compromising his values. It is now in its sixth printing and has sold over 40,000 copies around the world. His second award-winning book, Grandma’s Hands: Cherished Moments of Faith and Wisdom (Acanthus Publishing, 2012) celebrates the enduring values of the women in Dr. Mackie’s life, offering their guidance and wisdom for the challenges of 21st-century life.

Mackie is currently a partner in Golden Leaf Energy (GLE) www.GoldenLeafEnergy.com. GLE produces biodiesel, which is a clean-burning, renewable alternative to petroleum-based diesel made from natural, renewable, sustainable sources, such as vegetable oils. The company distributes to commercial clients, including the Louisiana Hollywood film production industry and operates a 2.2 million gallon, multi-feed stock facility in Southeast Louisiana.

Dr. Mackie currently resides in New Orleans with his wife, Tracey, and his two sons, Myles and Mason.