Kenn I. Hicks, a certified domestic violence counselor, is hoping that his free lectures and workshops will make a difference around the country. 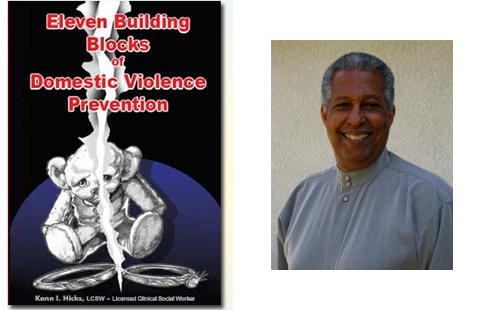 Nationwide (BlackNews.com) — Kenn I. Hicks, a licensed psychotherapist, clinical social worker, and certified domestic violence counselor, has announced that he is available for free lectures and training sessions on domestic violence prevention. From the Los Angeles area, Hicks, who has been inducted into the University of Kentucky, Social Work “Hall of Fame” for his work in the field, wants to make an impact especially within African American communities nationwide where domestic violence cases are rising.

For his holistic approach to domestic violence and teen/adult dating violence, Hicks has appeared on several television and radio talk programs. He has even lectured to the Los Angeles County Grand Jury, and has been featured in many newspaper articles.

He has also authored a powerful and highly-praised book entitled, “Eleven Building Blocks of Domestic Violence Prevention,” which was written to help victims, potential victims, batterers, abusers, and family members. It can also be used by counselors to provide domestic violence treatment to batterers and abusers.

His web site at www.domesticviolenceprevention.org features tons of free helpful information, including free brochures that can be downloaded to help treat victims of domestic violence. Visitors to the web site can also order his book, learn about his “Rehabilitation Through Realization of the Victims Devastation” boot camps, and even schedule a free therapy appointment on Skype.

Hicks also has a 24 hour hotline at (818) 788-8667 that allows people to call at anytime to receive helpful information.

Colleges/universities, community agencies/organizations, hospitals, churches, and other groups that are interested in hosting Kenn Hicks for a free workshop, can contact him at (818) 788-8667 or at mrh384@aol.com.

For more details about Hicks, his work, and/or his book, visit www.domesticviolenceprevention.org