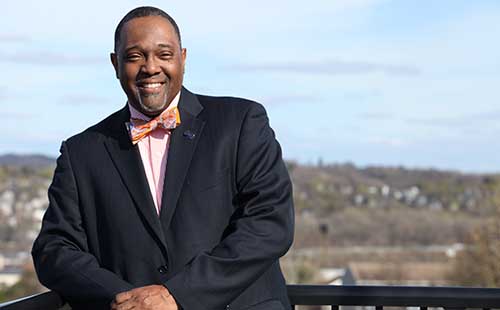 New York, NY (BlackNews.com) — On Tuesday, November 18th many of the most committed and influential agents of change across the country will come together to join Fathers Incorporated in celebrating a decade of working to build better fathersÂ by strengthening communities and family infrastructure. Terrie Williams, President of the Terrie Williams Agency and author of Black Pain: It Just Looks Like We’re Not Hurting, will serve as the Mistress of Ceremonies for the evening’s festivities.

“This year’s gala represents a major milestone for us at Fathers Incorporated. We have a significant story to tell about our humble beginnings from a small nonprofit founded in Albany, NY to a seasoned national fatherhood organization that serves as a leader in the promotion of Responsible Fatherhood and Mentoring in addition to the management of President Obama’s National Responsible Fatherhood Clearinghouse. We have grown and produced impacts by using innovative social marketing and multi-media platforms, developing research-based products for the field, engaging in intensive outreach, and connecting key stakeholders–all serving to combat father absence in society and help support fathers in their role as parents,” says Braswell.

In addition to celebrating Fathers Incorporated’s anniversary and accomplishments, a portion of the Gala will be devoted to honoring the partners who have worked with the organization over this past year to make a difference in the lives of fathers and families. 2014 Fathers Incorporated Honorees:

* Tracy Martin – The father of Trayvon Martin, who has encouraged a nation of Black fathers by example to be available for our children in the best and worst of life’s situations.

* Purple R.E.I.G.N. Under the leadership of Founder and DV survivor Asia D. Smith, this Domestic Violence agency has addressed the tragic effects of DV for women, men, and children.

* Black Star Project Founder and Executive Director, Phillip Jackson engages over 700 cities and thousands of schools across the globe to celebrate the Million Father March–encouraging fathers to engage in educational childhood development.

* Judge Greg Mathis Judge Mathis is a national figure known for his advocacy campaigns for equal justice. His inspirational life story of a street youth who rose from jail to Judge has provided hope to millions who watch him on the award-winning television court show “Judge Mathis” each day.

* Cbabi Bayoc -Â Cbabi (stands for “Creative Black Artist Battling Ignorance”) Bayoc is an artist dedicated to using his craft to promote positive images of fatherhood, including his creation of 365 Days with Dad–paintings depicting inspirational portraits of Black fathers and their children.

* Dove Men+Care – Since the launch of the brand in 2010, Dove Men+Care has been committed to celebrating and authentically portraying and honoring fathers, coaches, and male mentors.
The mission of Fathers Incorporated is to encourage the positive involvement of father’s in the lives of children. If you agree, please join them to make a difference! Tickets and Gala Journal Ads are on sale now (early bird rates end 10/22).

The organization says, “With your support, we can continue to make a significant contribution to the work of Responsible Fatherhood and Mentoring!”