Chicago Mayor Rahm Emanuel and his deep pocketed allies are sinking big bucks into a public relations campaign that attempts to rewrite the awful truth about his failed leadership of Chicago’s public schools. We’ve countered with a video of our own, #SameOldRahm, as part of our campaign to set the record straight on Emanuel’s deplorable education record. Check it out, share it and help get out the word that Rahm can’t run from his disgraceful record. 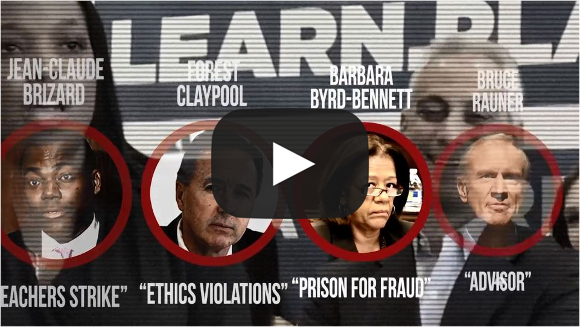 Emanuel also promised Tuesday to guarantee early childhood education for Chicago children – a day after damning news dropped about contract steering and corruption at CPS. Pre-K participation has actually nosedived by almost 20% since Rahm took office, and remaining programs have been grossly under-resourced — so we’ve taken aim at him for his pre-K double-talk, as well — including his new registration system that undermined parents’ attempts to enroll their kids.

Emanuel’s pre-K spin comes on the heels of a report that busted CPS for giving families in the city’s richest neighborhood special priority access to free, all-day preschool services, locking out children of poorer families. And he handed out over $1.1 million last month alone to Goldman Sacks and the other investors in his 2014 “social impact” bond deal to fund early childhood education, a move that could more than double investors’ dollars – and the costs to taxpayers.

To be blunt, we have a very bad boss. Yet we’ve held the line on his school privatization schemes, joined with allies and reporters to expose his fiscal and policy crimes, effectively challenged his despicable special education cuts, and are mounting strong contract actions and fightbacks across CPS. That’s a testament to our collective hard work, tireless advocacy and unity. Together, we can strengthen our fight to win the working conditions and the schools that our students and our members deserve — especially as we gear up for a contract fight this summer.